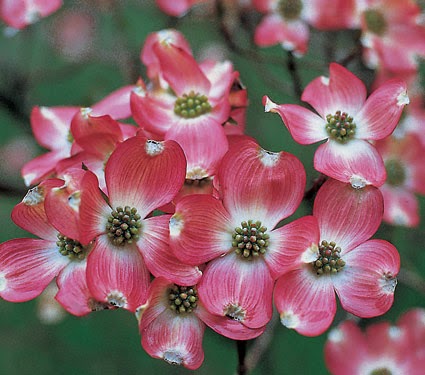 This past weekend was what people refer to as an embarrassment of riches.

So much art, so much sunshine, Cornus Florida abloom, flat water to row on, and the planet I believe to be Jupiter gleaming in the deep blue twilit sky.

I've spent the past year or so ruminating on those small moments of grace we discover in our daily lives. Two performances really drove home to me the role that artists play in translating and communicating that grace, providing a bridge for us between the mundane and the sacred.

Byrd cheerfully admits that Carl Orff's mid-1930's cantata is bombastic. But slimmed down for two pianos, percussion and a group of talented singers (particularly baritone Jose Rubio as the central figure), Byrd's "Carmina" was clear and intimate.

Byrd tells the story of a monk (Rubio) who loses his faith when seriously ill people he's tending to die. The monk casts off his robes, seeks refuge in booze and sex in a Kurt Weill-esque club; he is a shattered, hollow man. Ultimately, he rediscovers his faith, and finds redemption, through the pure love and joy he discovers in innocent children.

The dancers, the musicians, the singers: they all combined for an evening that was both beautiful and satisfying, and displayed Byrd as a masterful storyteller.

Where "Carmina Burana" was tightly honed, Alice Gosti's "How to Become a Partisan", produced by Velocity Dance Center at St. Mark's Cathedral on Saturday, April 25th, was a five-hour meditation.

I confess from the outset that I could only be present for two of those five hours, alas. What I had the privilege to witness was both stunning and thought provoking.

"Partisan" began with a procession through Capitol Hill, from Velocity to St. Mark's. The cathedral doors opened to reveal composer/singer Hanna Benn encased in a monumental white and black sculpture of a dress. Benn rose at eight ten feet above large, red rectangular blocks that turned out to be ice. As the blocks melted, blood-red moisture seeped up the fabric of her skirts.

Gosti's dancers first appeared in black coveralls, hair tightly braided, red triangles painted below their jaws. They galloped, slid, slunk and cavorted through St. Mark's majestic sanctuary. Sometimes they sat, while Benn and her musicians took over our attention. Sound poured down on the audience from the organ loft; it enveloped us as singers circled the perimeter of the huge room, whitewashed cinder block walls bathed in refracted sunlight that entered through the soaring windows.

Gosti's starting point for what was billed as a durational performance was the story of the role Italian women played in resisting the Nazis during World War II. Serendipitously, April 25th marked the anniversary of Italy's liberation from fascism. In the simple program notes, Gosti and her collaborators asked audience members what it would take for us to be moved to action. After more than an hour at St. Marks, I wasn't think about overt action, I was thinking that Gosti had set up conditions for me to suspend my usual notions of time. She made a physical space that freed my mind up to think, to watch, to breath. I wrote in my notebook, "what does it take to create  a sacred space?"

Because truly, that is what Gosti created. Audience members tried to capture fleeting images of Benn and her red-soaked gown, or a womens' ensemble called the Beaconettes, who entered with towering day-glo beehive wigs on their heads, singing an Italian folk song. Professional photographers and videographers were also on hand, to document this five hour opus.

The scraps of their documentation exist; I've included some of those photos in this post. But really, how do you preserve a performance that is meant to be as fleeting as the blocks of melting ice?

I'm told as many as 500 people stayed for the whole five hours. I didn't want to leave; I was mesmerized by the dancers' movements, by the the reverberations of  the voices and instruments, by the way the light made each pastel yellow, blue and pink glass pane shine.

Alice Gosti created a magic, fleeting space in which I could contemplate, ruminate, meditate. We find that so rarely.
The experience of this moment of grace, this bridge to the sacred, now exists only in my mind.

Posted by rowermarcie at 3:55 PM