A Return to Ballet--and to Hope 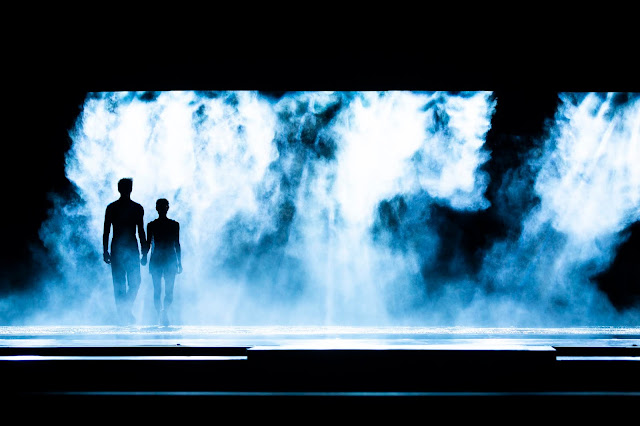 Almost exactly 18 months ago I had the inordinate privilege to watch a ballet performance at McCaw Hall.

It's a privilege I've often enjoyed, but this particular show was different. I was one of three journalists invited to Pacific Northwest Ballet’s dress rehearsal of resident choreographer Alejandro Cerrudo’s “One Thousand Pieces” and David Dawson’s “Empire Noir.”

But this wasn’t your standard dress rehearsal.

A few days before, in a desperate move to slow Covid-19’s relentless spread through Washington State, Governor Jay Inslee had ordered a halt to public gatherings. None of us had any idea how long the closure would last. Everyone was jittery, uncertain what to expect.

PNB artists presented this single show for a miniscule audience; about 80 people were dispersed in the vast hall, witnesses to an impassioned and heartbreaking performance, in many ways a farewell to the familiar. 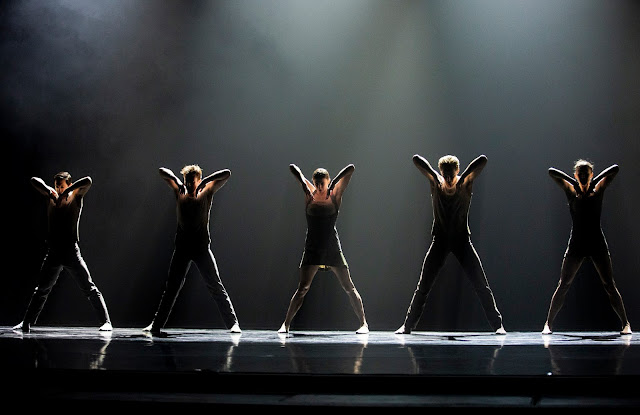 That evening was very much top of mind for me on Friday, September 24th, as more than 1,000 ecstatic ballet fans gathered, masked, in McCaw Hall to celebrate PNB’s return to live performances with, fittingly, an evening of Cerrudo ballets, including an excerpt from “One Thousand Pieces."

Passing through the ID and vaccination card check into the lobby was both strange and strangely familiar, a reincarnation and reinvention of life in the “before times.” Things were different, but joyful; as each patron handed her ticket for scanning, the ushers greeted us with smiling eyes, welcoming back the denizens of this arts palace.

I don’t mean to imply that I didn't enjoy PNB’s all-digital 2020-21 artistic season, along with streaming offerings from some of the world’s great dance companies. There’s no denying the upside of watching dance in your pajamas—affordable, accessible, comfortable.

But, truly, nothing compares to sitting in the theater before a show, hearing the chatter of your fellow patrons, thumbing through the program, gazing at McCaw Hall’s sumptuous red spangled curtain, filled with anticipation as you wait for it to rise. It’s a singular experience, particular to each individual, but shared with everyone in the building.

And on this night of nights, we were ready to celebrate.

When PNB Artistic Director Peter Boal came through the curtain to welcome us back, the cheers and applause lasted at least a full minute and probably would have gone on longer but for the fact that we were all impatient to see the dancers, to witness ballet performed live for us.

The program, “Singularly Cerrudo,” was a fitting opening presentation.

For one thing, Alejandro Cerrudo’s appointment as PNB’s resident choreographer came just a few months before the Covid shutdown, so audiences really didn’t have the opportunity to welcome him. 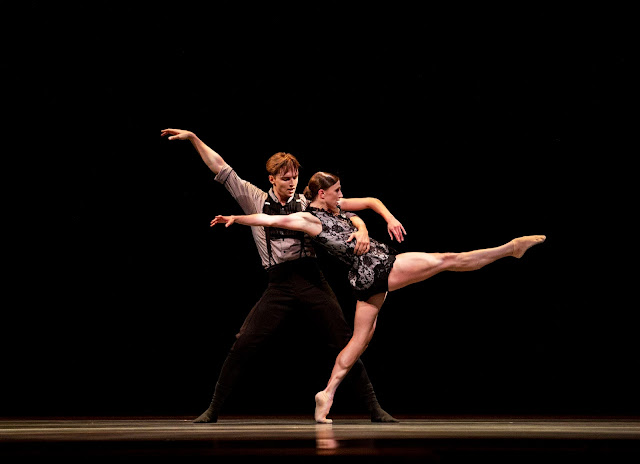 Beyond that, Cerrudo’s work is performed mainly to recorded music (although a small group of PNB orchestra members did play live--wonderfully--for one of the ballets), requiring fewer musicians to gather together in the orchestra pit.

And although the three works on the bill do feature some exquisite duets, there are also sections that don’t require the dancers to touch one another, a side benefit when it comes to health and safety precautions.

I am an unabashed Cerrudo fan.

I love the way his choreography, music selection, and brilliant Michael Korsch’s dreamy lighting designs, merge to conjure emotions ranging from the almost elegiac evocations of human connection and separation in “Silent Ghost,” the program opener, to the surreal watery world of “One Thousand Pieces,” to my personal favorite, “Little Mortal Jump,” which on this September evening felt like a tentative ode to the future. 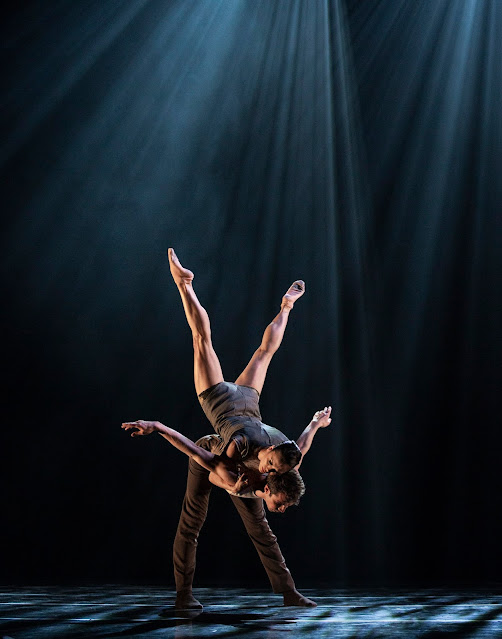 PNB’s dancers gave everything—even more than 100%--to this show. It was a revelation to see them perform live after so long and their joy at the return to live performance was abundantly clear. Bravos to everyone.

In “Silent Ghost,” Noelani Pantastico and Lucien Postlewaite were flawless. They have been onstage partners at PNB and Ballet de Monte Carlo for many years, and that knowledge, comfort and mutual trust were evident, as was their technical command and their artistic mastery. Pantastico and Postlewaite don’t perform choreography; they inhabit it. 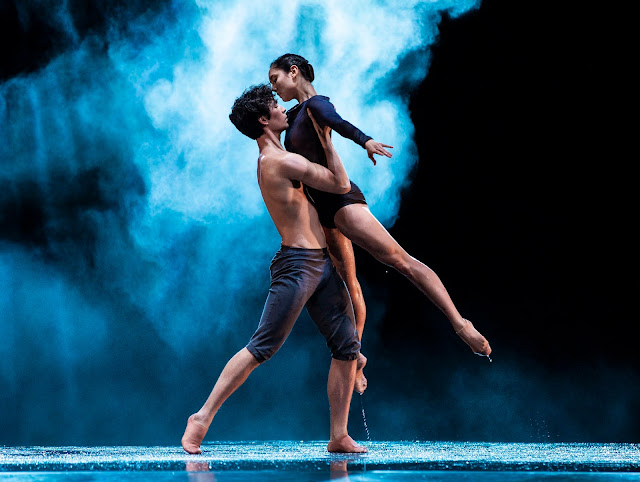 In “One Thousand Pieces,” corps de ballet members Christopher D’Ariano and Leah Terada were paired for the first time, and watching them dance together was a revelation.

D’Ariano has stood out for me ever since he joined the company as an apprentice in 2017; Terada has been a steady, lovely presence throughout her PNB tenure, but during this Covid break, she’s had more opportunity to be front and center both in PNB digital productions and in work she created and performed with partner Miles Pertl. She has developed a quiet self confidence onstage. Terada and D’Ariano together were magic in this ballet.

Finally, but by no means least, Elle Macy and Dylan Wald in “Little Mortal Jump” reconfirmed their talents for us. They are a couple offstage, and that infuses their onstage partnership. Their every move is perfectly synched, their bodies a lovely match. 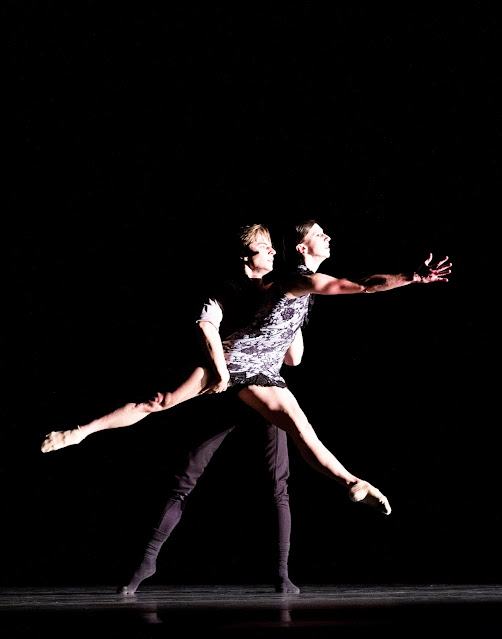 Watching them move in slow motion toward the bright light shining from the wings felt like a metaphor for all of us as we creep with tentative hope into the future.

Whatever that future holds, I want it to include these dancers, on this stage, with all of us sitting in the audience.

Posted by rowermarcie at 8:18 AM